Fogo de Chão is an internationally renowned restaurant that allows guests to discover what’s next at every turn. Founded in Southern Brazil in 1979, Fogo elevates the centuries-old cooking technique of churrasco —the art of roasting high-quality cuts of meat over an open flame—into a cultural dining experience of discovery. In addition to its Market Table and Feijoada Bar, which includes seasonal salads and soup, fresh vegetables, imported charcuterie and more, guests are served simply seasoned meats that are butchered, fire-roasted and carved tableside by gaucho chefs. Guests can also indulge in dry-aged or premium Wagyu cuts, seafood a la carte, all-day happy hour featuring signature cocktails, and an award-winning South American wine list, as well as smaller, sharable plates in Bar Fogo. Fogo offers differentiated menus for all dayparts including lunch, dinner, weekend brunch and group dining, plus full-service catering and contactless takeout and delivery options.

Fogo partnered with Eduardo Escobar and Queens Together to feed over 1,400 people in need in the community in Queens, NY.

A thank you to the Fogo Family from Barry McGowan, CEO, for a record year of global growth.

Fogo opened the Reston, VA location in December 2022, marking the 70th location globally for the brand. 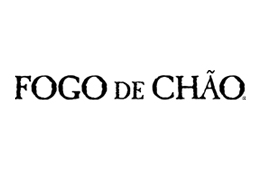 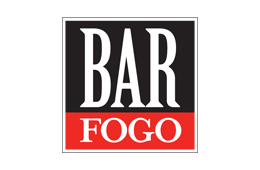 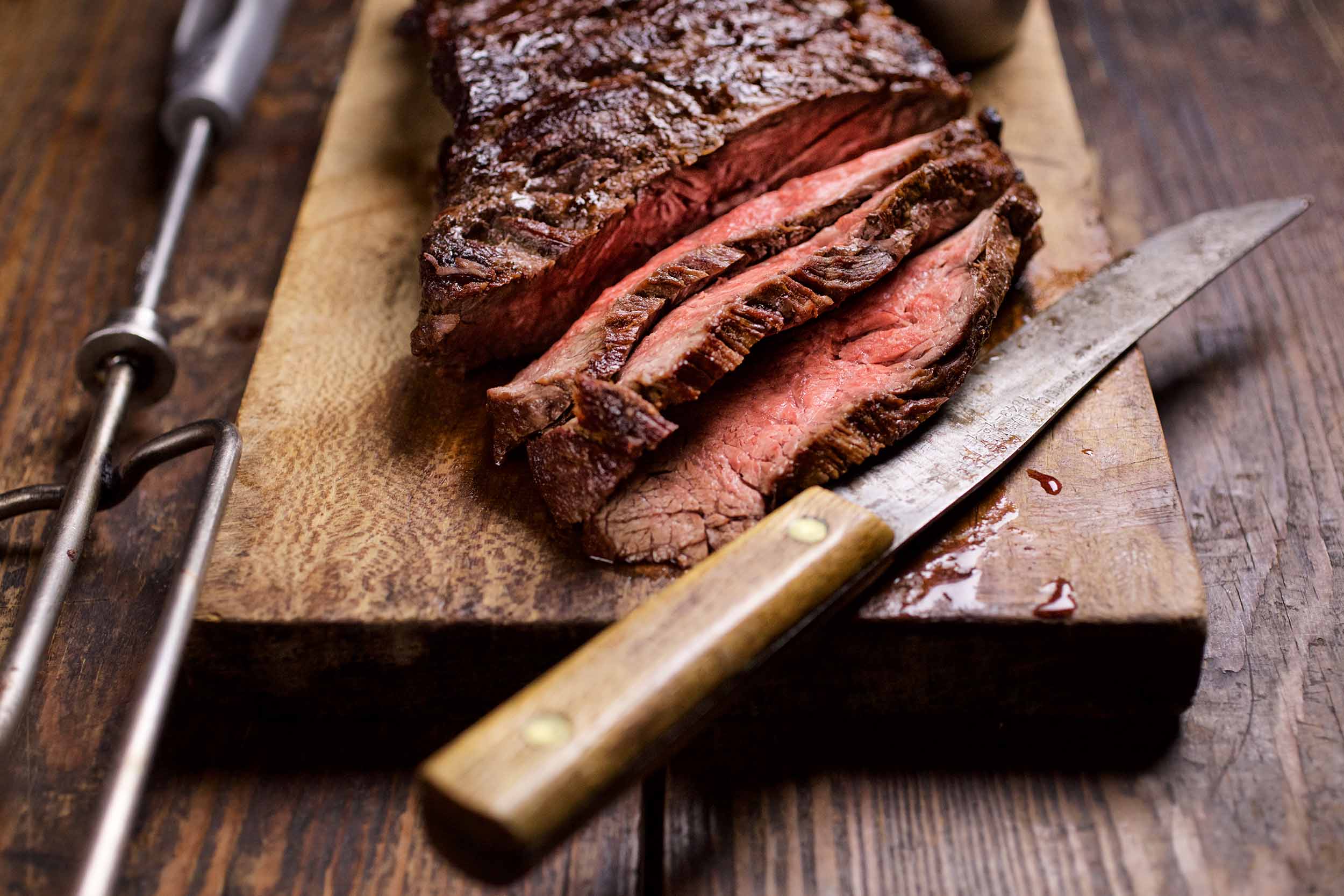 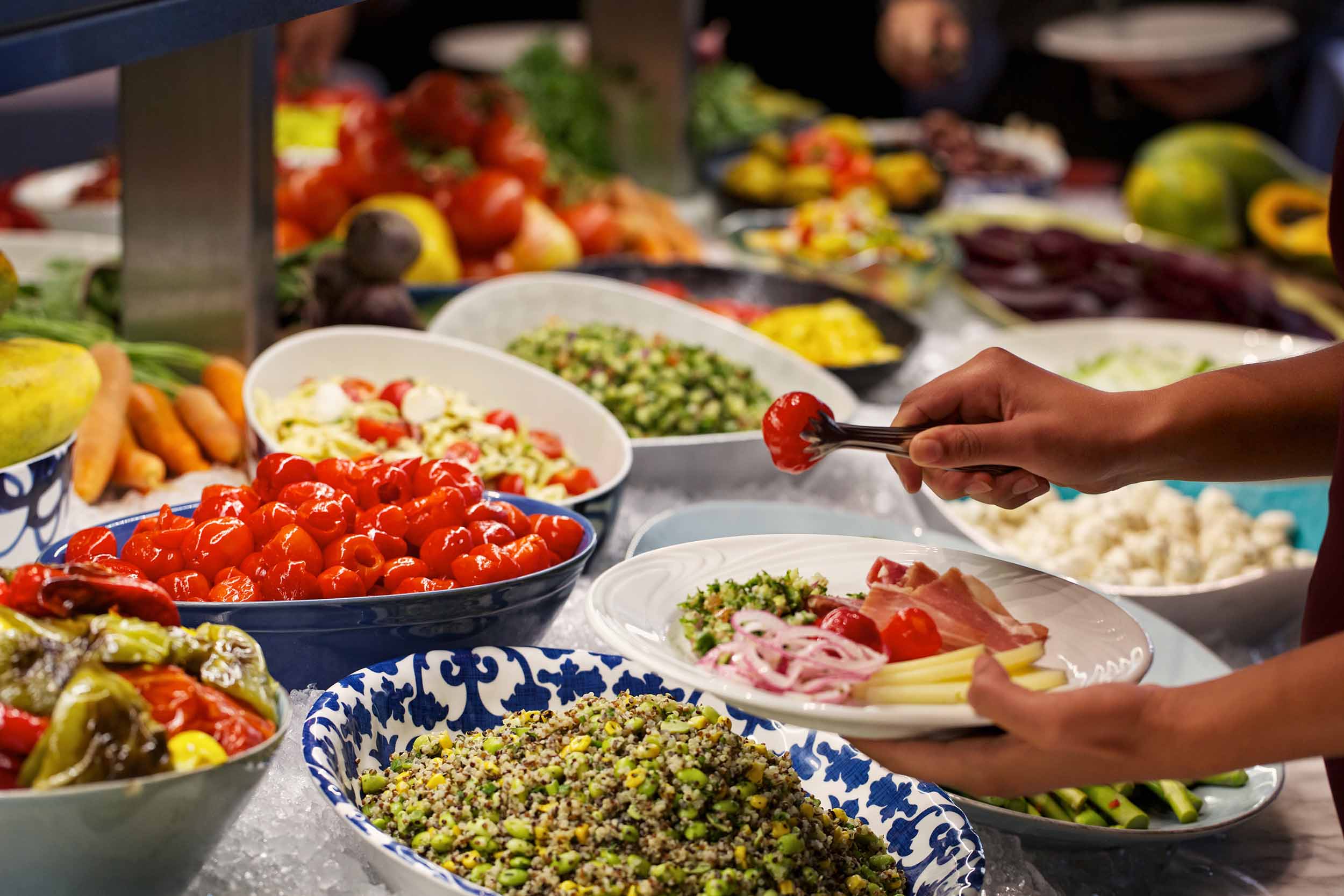 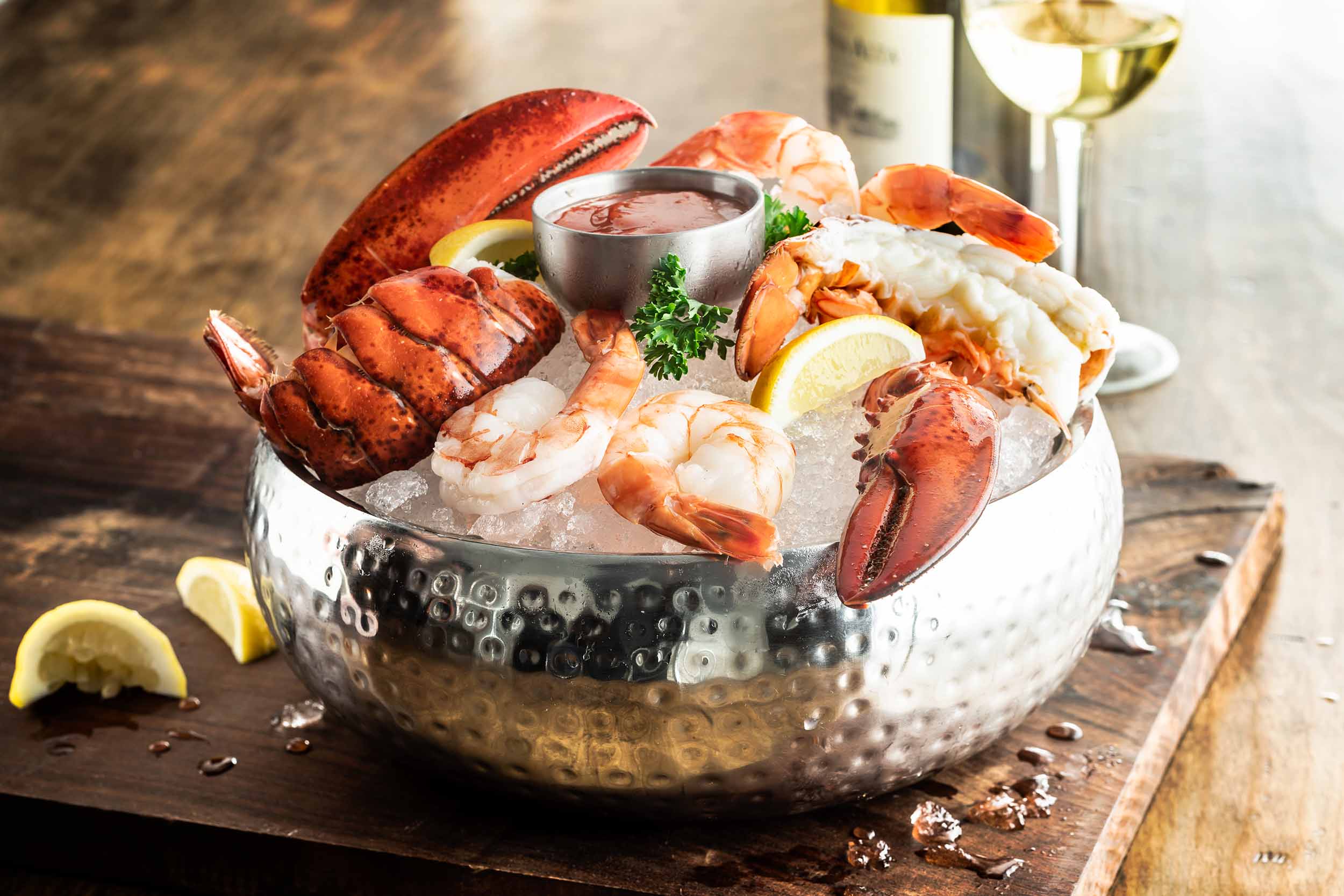 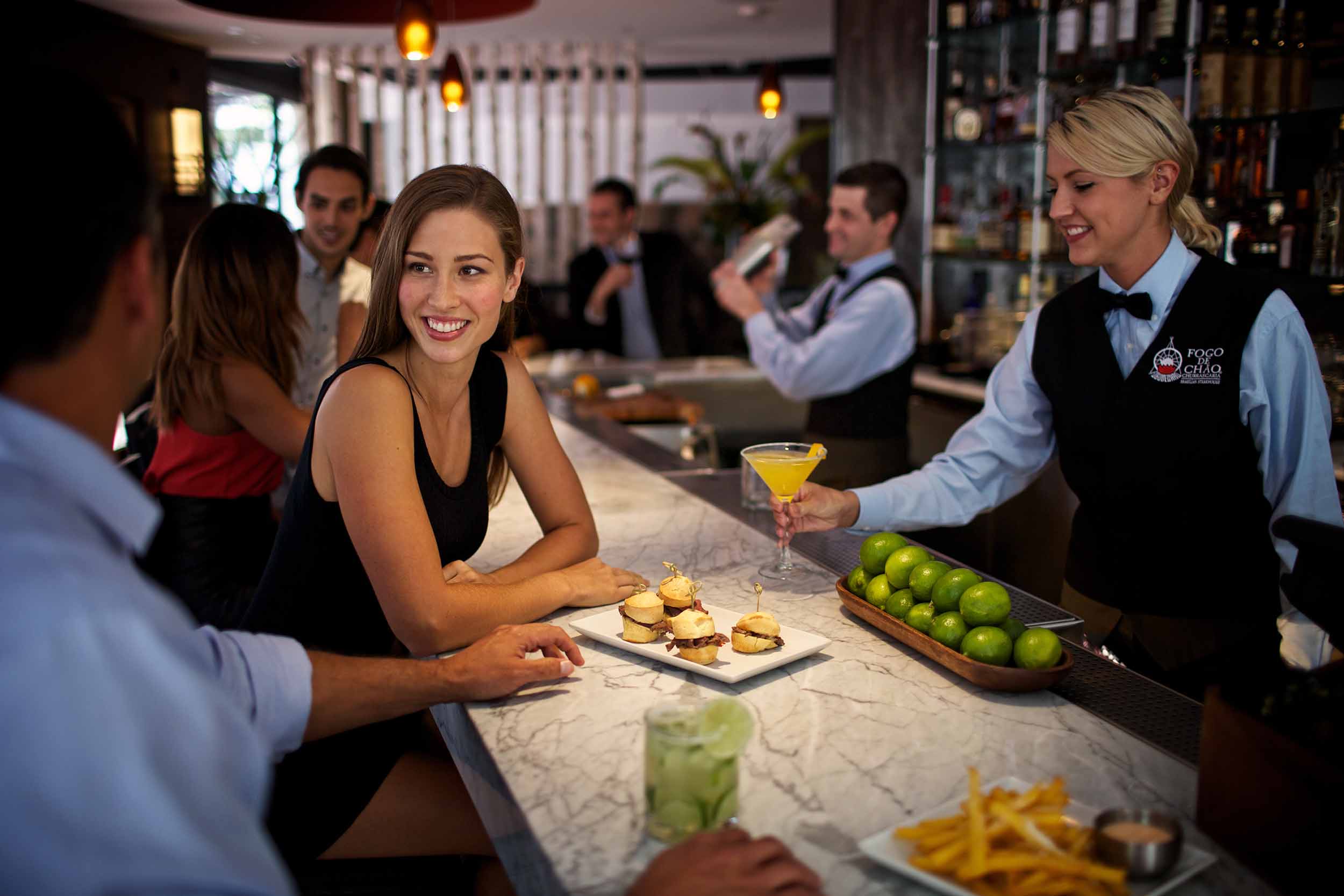 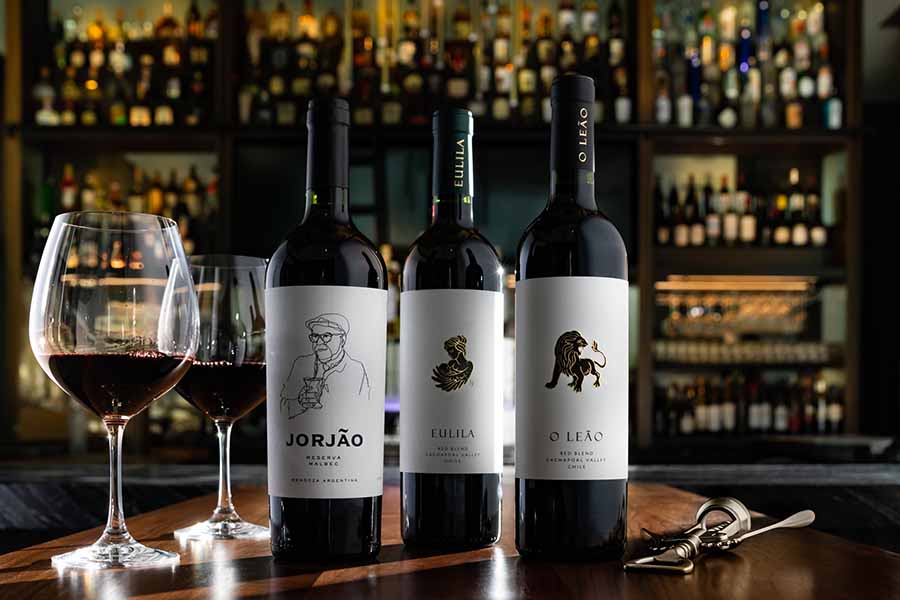 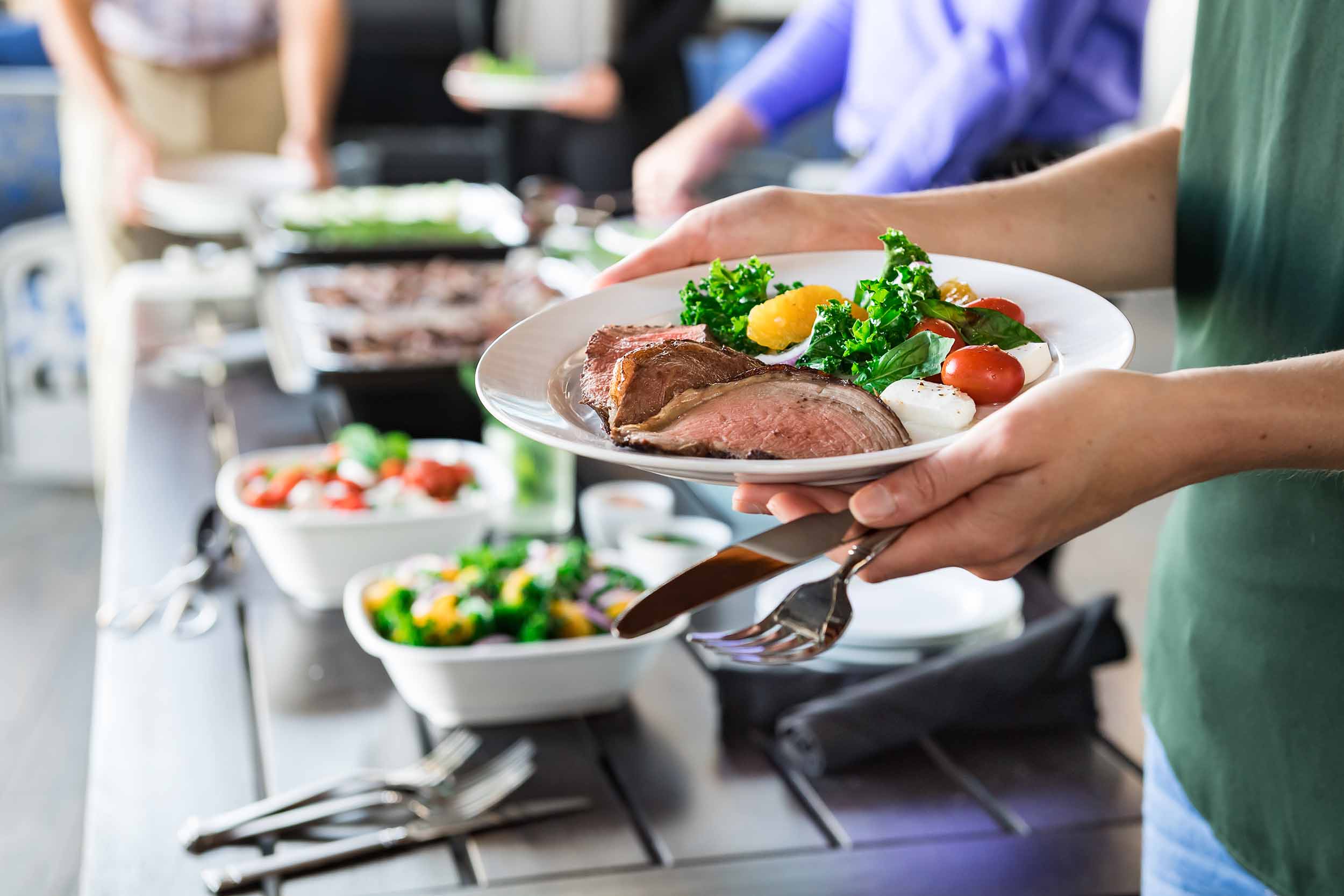 The Fogo de Chão leadership team is headquartered in Dallas, Texas with international resources around the globe.

Chief Executive Officer George B. McGowan has served as our Chief Executive Officer since 2019, and our President from 2013–2018. Barry has over 30 years of experience in the restaurant industry, including more than 10 years with Brinker International. He served as Chief Operating Officer of Macaroni Grill from 2010 to 2013 and as President and Chief Executive Officer of Waterloo Restaurants from 2002 to 2010. With his prior experience, Barry brings a broad range of strategic leadership and operational knowledge to the company. Barry holds a B.S. in Hotel Restaurant Management from the University of North Texas and a Graduate Certificate in Finance from Southern Methodist University.

Anthony D. Laday has served as our Chief Financial Officer since April 2014, overseeing Finance, Accounting, Supply Chain, Treasury, Investor Relations and Technology. Prior to that, Tony served as Vice President of Finance, Treasurer and Investor Relations of Brinker International from 2010 to 2013 where he previously was Senior Director of Financial Planning and Analysis from 2007 to 2010. Tony holds a B.A. in Business Administration and an M.B.A. from Southern Methodist University.

Rick Lenderman currently serves as Chief Operating Officer and oversees Domestic Operations, People and Learning & Development. Prior to this role, Rick served as Chief People Officer and Vice President of Operations. When he joined Fogo, Rick brought 17 years of restaurant experience, including VP of People & Culture at PDQ Restaurants, HR leadership roles for KFC and Pizza Hut, and leader of the Global Division of HR at Brinker International. Rick holds an undergraduate degree in Latin American Studies from Brigham Young University and a Master's degree in Adult Education & Organizational Development from Revans University – the University of Action Learning.

Andrew Feldmann has served as our President of International since Spring 2018, directing global development and operations, including franchise. Prior to that, Andy served in several progressive roles starting in operations and eventually the position of SVP Marketing and Sales. Andy was previously a Senior Consultant with Arthur Andersen in their Real Estate and Hospitality Practice. Andy holds a B.A. in Economics from the University of Illinois at Champaign-Urbana with specialty coursework in marketing and hospitality. Additionally, he has received a Certificate in Urban Real Estate from the University of Illinois at Chicago, and Graduate Certificates in both Marketing and Finance from Southern Methodist University.

Selma Oliveira has served as our Chief Culture Officer since 2019, where she ensures our Brazilian culture remains central to every aspect of our global business. She actively recruits the best talent in her home country of Brazil and abroad to help source the leaders of tomorrow for international expansion. Prior to her current role, she held the position of Chief Operating Officer for 13 years, in addition to Director of Operations and General Manager. She previously worked for the Marriott Corporation from 1986 to 1998, holding several managerial positions. Selma has a degree in education from the Mackenzie Institute in São Paulo, Brazil.

Joe Abbruzese has served as our Chief Development Officer since 2021, overseeing global development, real estate, design, construction and facilities at new and existing locations in major cities across Brazil and the United States, Mexico and beyond. Previously, Joe served as Vice President of Development when he first joined Fogo in 2017. Prior to his tenure at Fogo, Joe was the Vice President of Development for iPic Entertainment from 2016 to 2017, Vice President of Construction and Facilities for Benihana, Inc., from 2006 to 2016 and spent 17 years working for McDonald’s Corporation. He graduated Summa Cum Laude from the University of Hartford with a Bachelor of Science in Civil Engineering.

Blake Bernet has served as our General Counsel since 2020. Prior to joining Fogo, Blake spent 14 years with Corner Bakery and Il Fornaio, holding a variety of positions, including Chief Legal Officer and SVP of Development. Prior to that, he spent 10 years at Brinker International, working principally with Corner Bakery in legal and development positions. Blake started his law practice with the law firm Jenkens & Gilchrist and holds a B.B.A. and a J.D. from Southern Methodist University.